The origin time and location (latitude, longitude, and depth) of an earthquake are calculated from the arrival times of seismic waves at three or more stations. For example, how far away an earthquake is can be estimated by the difference in time between the arrival of the P wave and the arrival of the S wave, analogous to estimating how far away a lightning strike is by counting the seconds between the flash and the thunder.

To more robustly determine an earthquake location, seismologists use a computer program, with information about the seismic stations and the local or regional Earth structure, to calculate the location of the earthquake 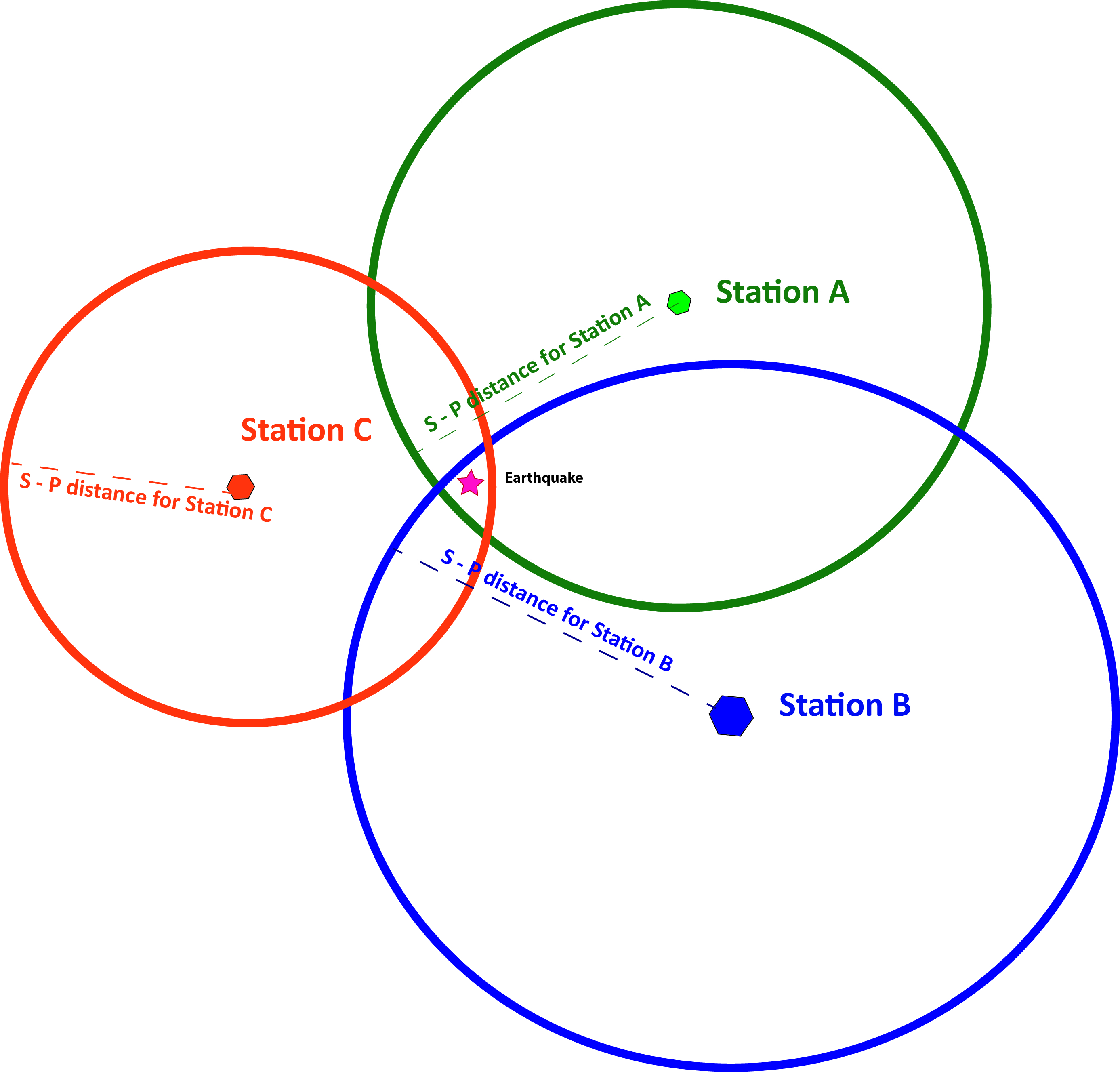 from a starting position of the closest seismic station.  Accurate locations require many stations and a good spatial distribution of the stations.

The Alberta Geological Survey began monitoring earthquakes in 2010. We monitor seismic stations in and around Alberta that are owned by us or by other agencies. Since 2010, we have installed more than a dozen seismic stations in Alberta, mostly in areas where we see increases in earthquakes. Our network of stations (a group of seismic stations that record ground movement in a region) is known as RAVEN, which comes from Regional Alberta ObserVatory for Earthquake Studies Network. The RAVEN stations send us data from local earthquakes and moderate or larger earthquakes from around the world in real time using satellite and cellular technology.

The AGS uses three component seismometers to record seismic events, which allows recording of the simultaneous movement in three orientations: East-West (HHE), North-South (HHN), and up-down (HHZ). Seismic phases have a specific movement pattern that are better recorded on specific components; P-phase on HHZ, S-phase on either HHE or HHN. The closest station to the epicentre of an earthquake records the highest amplitudes (shaking) for the event, which diminishes with distance until an earthquake is not felt at further distances. With this knowledge, FOXCA was deployed in the town of Fox Creek and is a perfect indicator of the events felt in the town.  A suspected induced earthquake shown below is best to show this phenomenon. This event was recorded near the town of Fox Creek on December 24th, 2018 at 11:30 PM local time (December 25th at 6:30 AM UTM) and had a local magnitude of 2.07 ML. 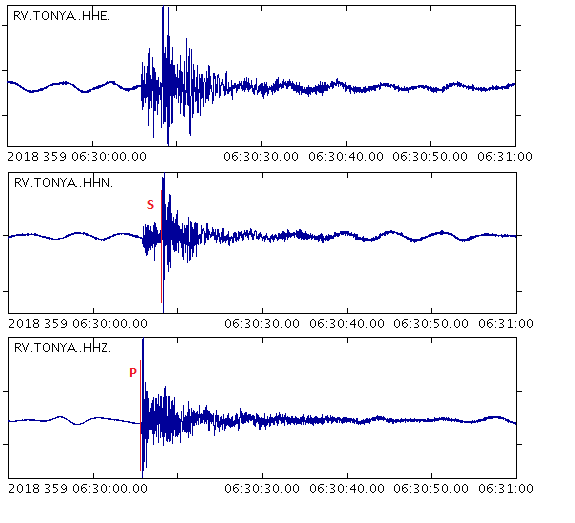 Due to the event’s low magnitude, a drastic decrease in amplitude can be observed between two stations: TONYA which is closest to the event’s epicentre at 12 km away, and FOXCA, which is 55 km away from the epicentre. 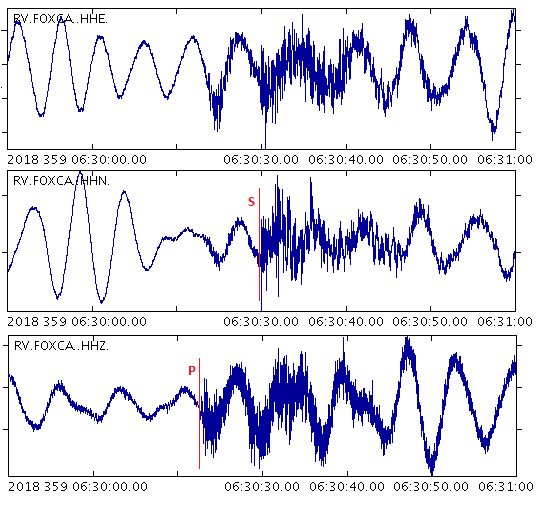 However, the location of the station creates a fairly noisy data due to human activity as seen in the image below. This noise was probably caused by a nearby moving truck and should not be confused with a seismic event. Seismic events can be recognized if the P wave shows itself as a first sudden spike on the HHZ component, while S wave arrives later and is seen as a sudden spike with stronger amplitude on the HHE or HHN components 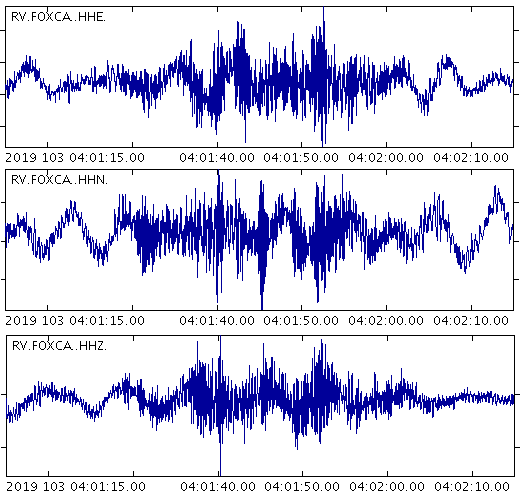 The image above does not represent this basic characteristic of the seismic wave and hence is considered as noise. Presence of the sudden spikes that happen on different stations that are far apart around the same time, helps seismologists distinguish between the data from real seismic events versus the noise that is caused by human activity. 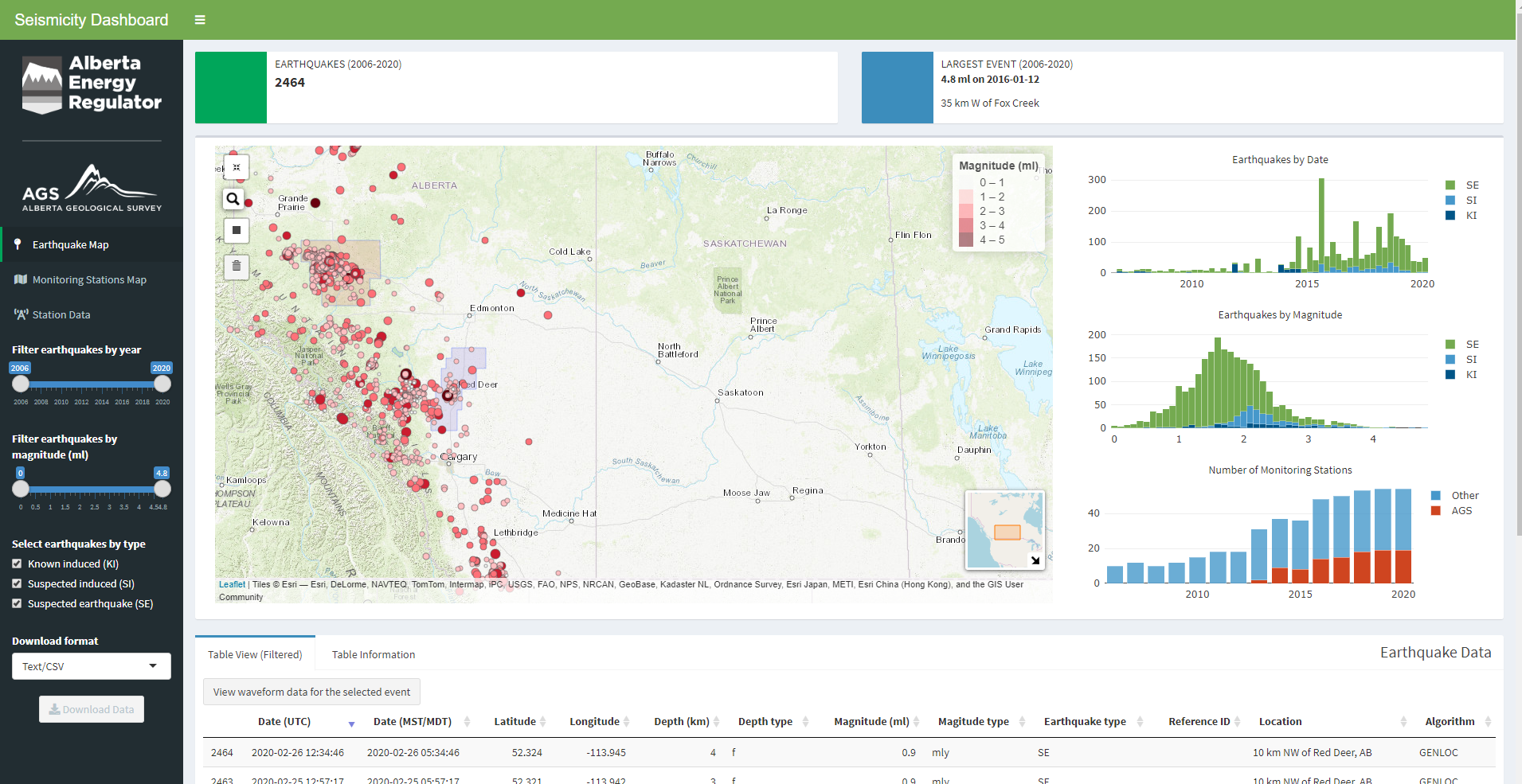