This map depicts the distribution of hydraulic head in groundwater in the Scollard / Willow Creek hydrostratigraphic unit (HSU). The map is a result of an empirical Bayesian kriging technique using publicly available data from Alberta Environment and Parks' (AEP) Alberta Water Well Information Database (AWWID) and drillstem tests (DSTs) from oil and gas wells. The distribution of hydraulic head was mapped at a regional scale using many years of data, thus providing a good indication of hydraulic head within the unit rather than site-specific values. The uncertainty of prediction is depicted on an inset map, which shows the residual values (predicted value minus measured value) plotted at each location to indicate where underprediction or overprediction occurs. Due to the high density of data points, only residuals >1.5 and <-1.5 standard deviations are shown. Two additional maps show the distribution of total dissolved solids, and the depth to and vertical thickness of the Scollard / Willow Creek HSU. The geometry and variable thickness of the Scollard / Willow Creek HSU are illustrated on schematic cross-sections, and the relationship between geological units is further described in an accompanying regional lithostratigraphic and hydrostratigraphic table. 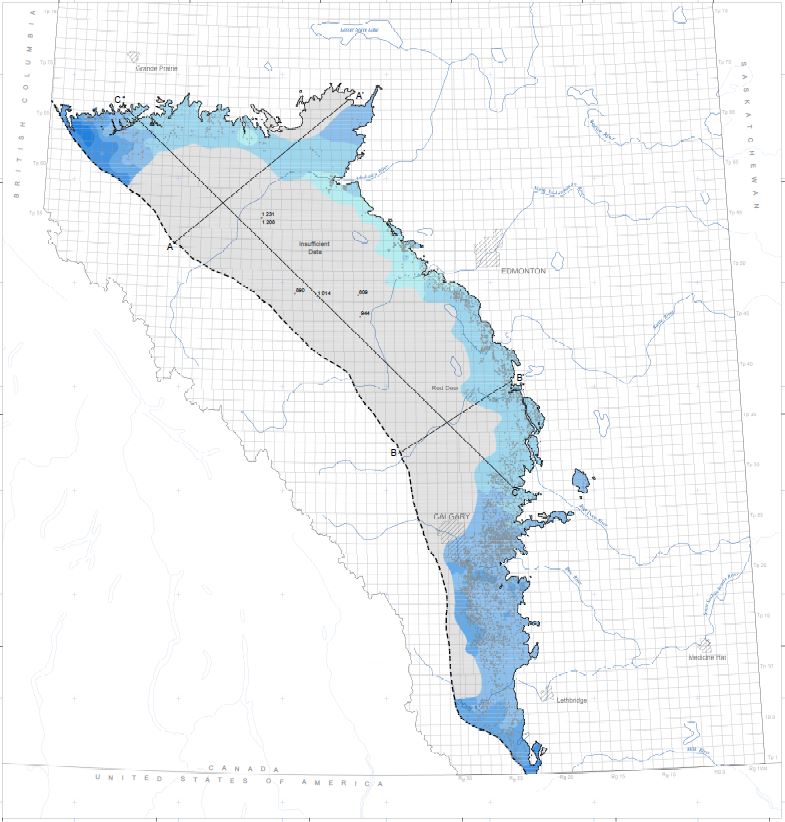